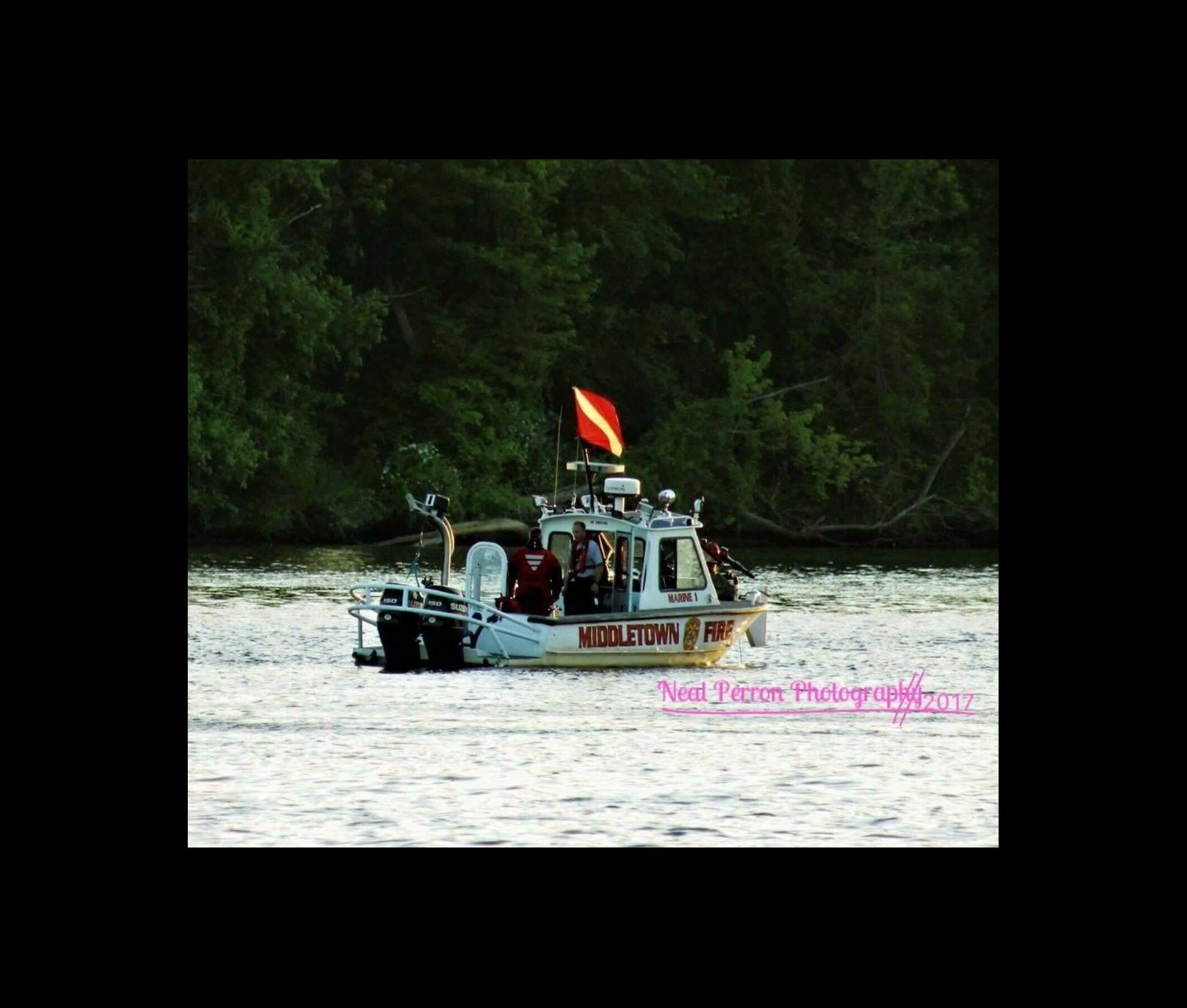 Middletown Fire Departments' Marine Operations Team consists of 24 career firefighters trained as pilots & 8 fire Lieutenants trained to supervise navigation and operations.  The vessel is cross manned by an Engine or Truck Company chosen by the Battalion Chief at the beginning of each 24 hour tour.

Marine 1 is deemed as the local area asset for Search & Rescue and fire suppression by the United States Coast Guard and is deployable on the Ct. River and its tributaries 24 hours a day 7 days a week from March until November.  Each team member trains at least 32 hours per season and once annually with the United States Coast Guard.  Team members have operated numerous calls and standby details from Hartford to New London and have supported dive operations up and down the Ct. River.

Marine 1 is a 2003 23' Sea Ark "Commander" powered by twin Suzuki 150 HP outboard motors and is capable of speeds up to 45 mph.  The vessel is equipped with an onboard fire pump and is hard piped for 1 1/2" hand lines aft and forward and has a remote controlled master stream off the bow.